Visits To The Magpies Nests Makes The Kookaburras Talk

The birds love us visiting their patch to look at their nests and catch a glimpse of their chicks.  Most of the time, their nests are too high up in the trees for us to get a look inside.  But once the babes are bigger and peer over the edge, we can introduce ourselves.  Sometimes the chicks even call us and stand up to show themselves.  Maggie and Vicky have always proudly shown us their nests and babes.  Larry and Harrie, the grey butcherbirds too.

The visit to see Josie brought a few surprises.  You can read the full story (and view a close up of Kookums the Kookaburra) in the blog Talking Kookaburras Love The Big Eye and see the pictures below.    To view our video (on Spongefish) of the Eagle being chased by the other birds click here.  And please do give us a 'Thumbs Up' if you like it, when you are there.

(click on the 'next' button to forward through the slides).
Previous Slide 1/25 NextVisiting JosieEagles are surveying the valley 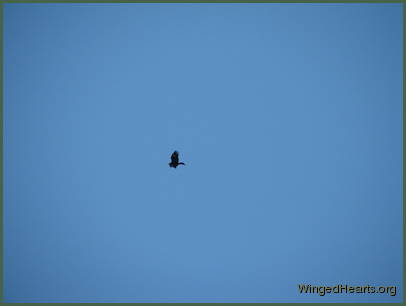 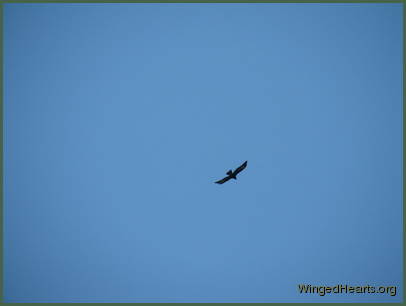 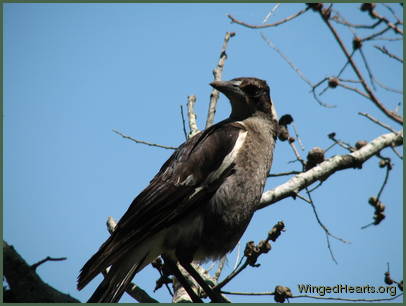 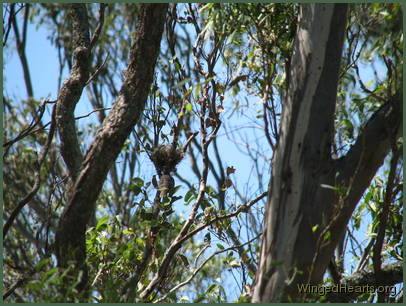 Visiting JosieMinnie poses around her nest 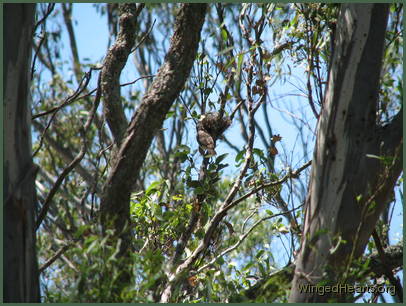 Visiting Josieand on it too 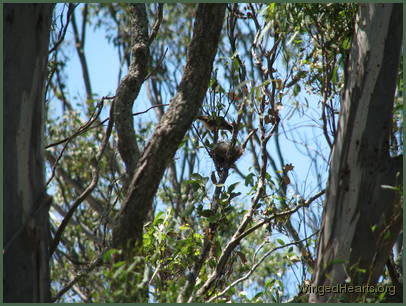 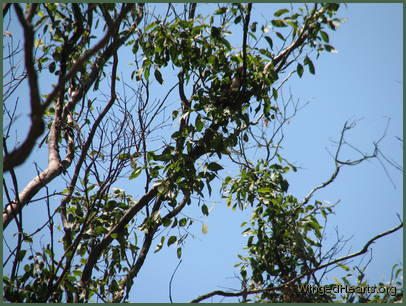 Visiting JosieQueen Vicky is sitting on her second clutch - pleased to have visitors - but where is baby Josie? 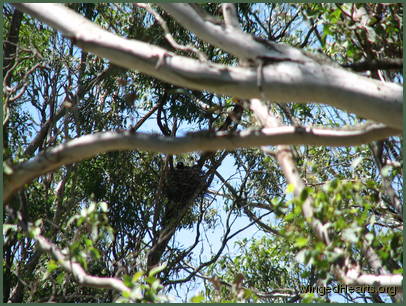 Visiting JosieMaggie's calling from the distance 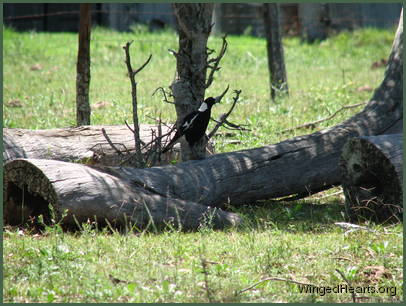 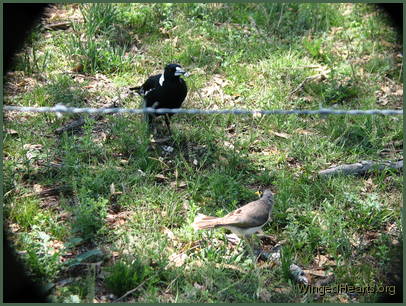 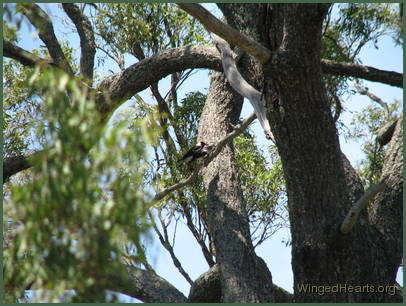 Visiting Josieand Dad and babe pose for me 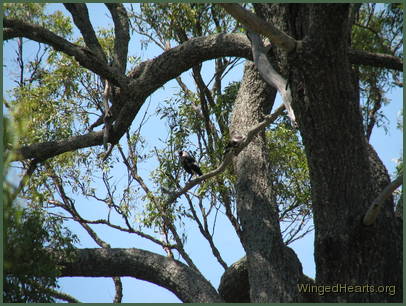 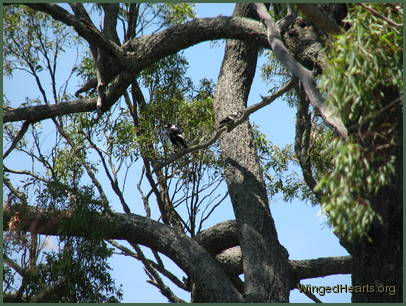 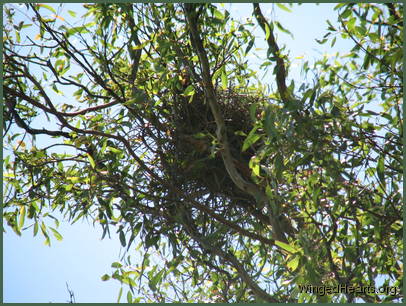 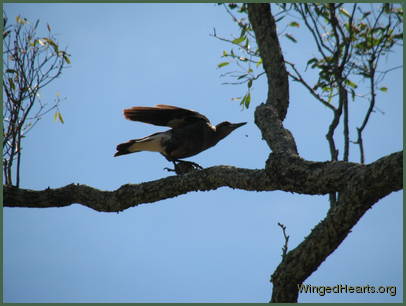 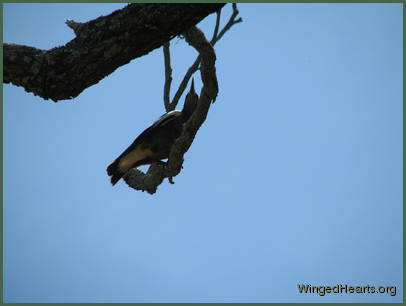 Visiting JosieIgnoring the flies I indulge the juv 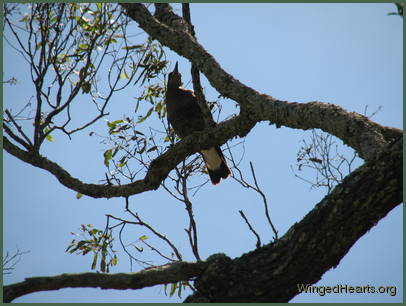 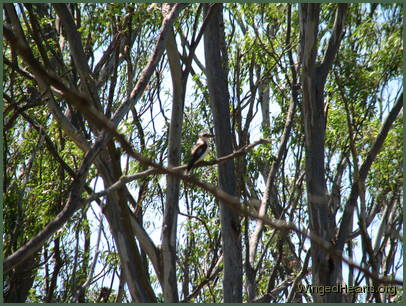 Visiting JosieWhat's this muffled laugh calling me from behind? 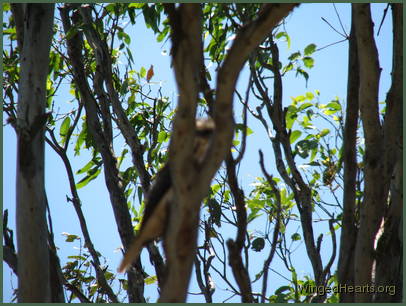 Visiting JosieIt's another kookaburra and she's calling me! 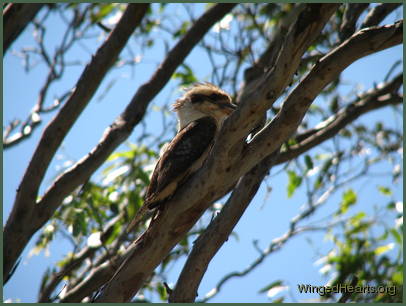 Visiting JosieThe juvi calls again - how can I ignore her and keep walking? 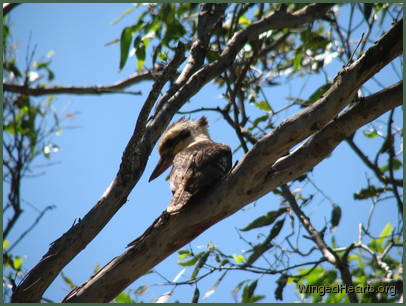 Visiting JosieEnduring the heat and flies I regear for more shots 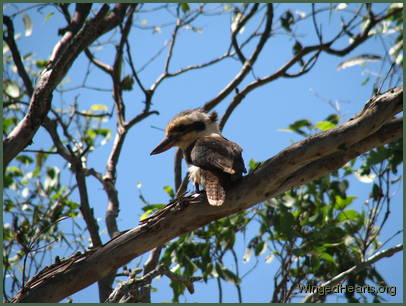 Visiting JosieKookums is keen to oblige 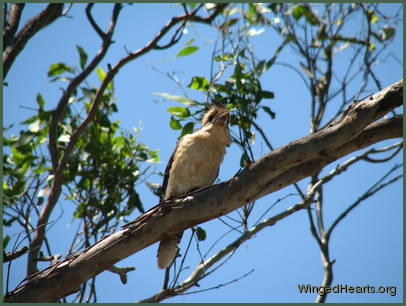 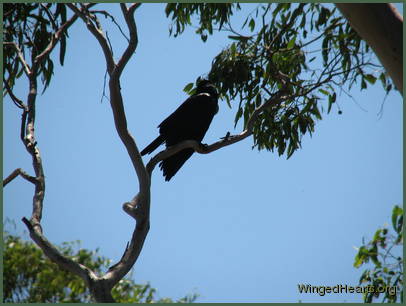 Visiting JosieEncouraged by my visit - Josie drops by the next day 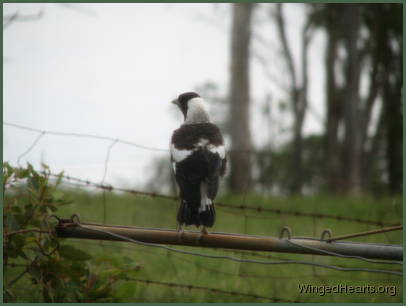 The amazing thing about the whole experience is the way the birds seem to love the camera being pointed at them.  The other birds and animals who live around the area watch with keen interest and start talking to us too.  The galahs have called out to us and shown us their nests as have the crows, the rosellas, the lorikeets and even a hare has brushed past me to draw my attention towards the ground where he was being closely followed by one one of his kids. The kookaburras have been much friendlier since and have been keen to show us that they want to make friends and have no interest in the food, thus giving us the opportunity to take better photographs of them for the Birds I View gallery.

Looking at the white on Josie's neck, she was probably a male.  We had named her while she was still up in the nest.  She heard us discussing her name while we were standing below and responded so well when we mentioned Josie that the name stayed.  We saw her briefly a few times, but the poor weather made it difficult to trek into the paddocks to see her.  Josie was an adventurous bird and only days later she was running up and down the road by herself, unsupervised, unafraid of the car and not yet strong enough to fly out of its way in quick time.  I told Maggie and Vicky to keep her at the back of bush and not let her near the roads. They listened and we could see Josie flying between the tree in the distance from then on.  Vicky was still brooding on her second clutch and we were happy to see her keep Josie by her side.  But sadly that was not enough and we lost Josie in the following weeks of cold and rain.  In her short stay on earth, she gave us some wonderful memories.  Maggie and Vicky  again showing us their trust as well as their understanding of our intentions and their ability to respond intelligently to our requests. 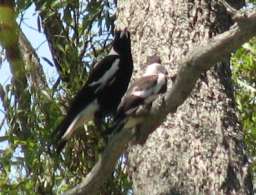 ‹ Vicky Magpie Buys A Crow's Nest up Welcome To My Chamber... ›