Breaking Through The Communication Barrier With Birds

Submitted by Gitie on 16 November, 2010 - 17:40
I would have loved to read the magpies’ thoughts and know what they were thinking: was I a kidnapper? Or a partner in crime of the guy who took their baby away? Or… was there a chance that they had understood? I had shown them the chick in the box, calm and curious. They had observed closely and still. 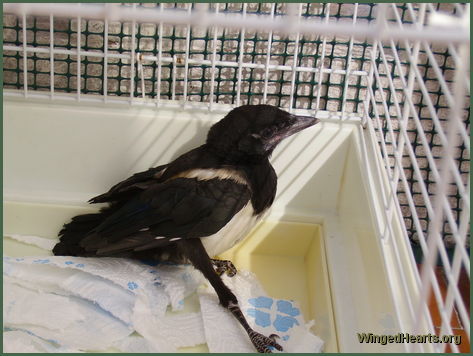